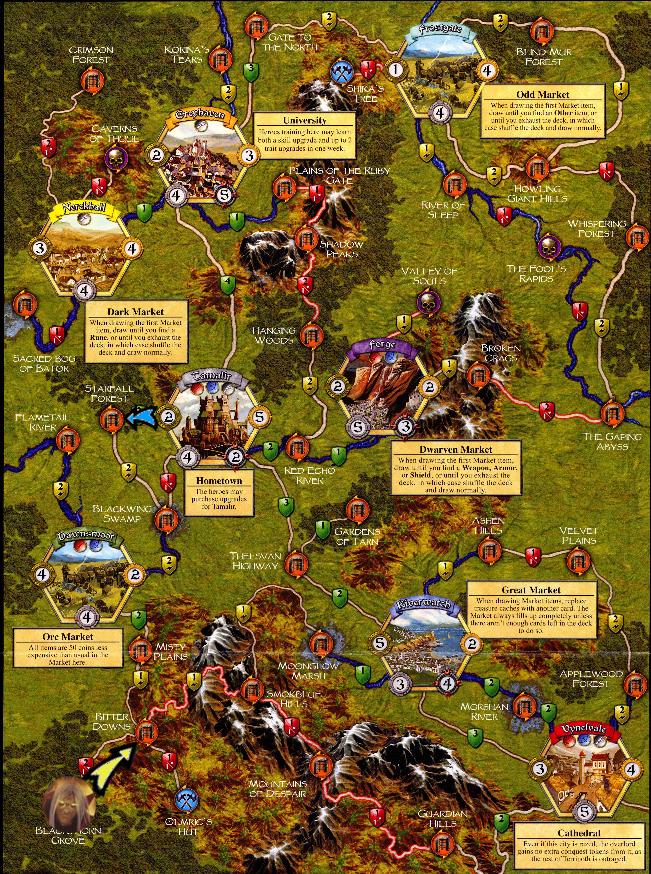 Descent: Journeys in the Dark is an award-winning board game that pits hard-boiled investigators against monsters and terrifying mysteries. With new heroes, beautiful art, and a unique cooperative experience, it is the perfect gateway into fantasy roleplaying games!
Descent: Journeys in the Dark 2nd Edition follows the events of the original game, giving players the opportunity to play through the story line solo, with one ally, or as a squad of up to three. This is the most comprehensive, beautiful edition of Descent yet, with every plot line and equipment upgrade, the many new monsters and items, and the entire rule book in print. All that is needed to start playing Descent: Journeys in the Dark 2nd Edition is the game itself!
Key Features:
• The World of Descent: Journey into a fantasy world of adventure, intrigue, and danger!
• Cooperative Play: One person controls the overlord to direct the heroes as they fight monsters and crack puzzles. The other characters work together to vanquish evil and return home alive!
• New Monsters, New Spells, and More Items: The book includes the creatures that inhabit the overworld, new magic items, and a full collection of scenarios, monsters, monsters, and more!
• New Forms of Combat: Each of the scenarios features role-playing-style fights, including skills, spells, teamwork, and other tactics to make any fight exciting!
• New Tools: Players can use tiles to construct buildings, map tiles to plan complex movements, and monster cards to expand the story and amplify the experience!
Requirements: iOS 4.1 or later. Compatible with iPhone 3GS, 4, 4S, iPad, and iPod touch (3rd Generation).
Road to Legend is free, but it has optional in-app purchases.
Road to Legend is the product of a Kickstarter campaign. The Kickstarter campaign was a success and Road to Legend was funded over the goal. This was further backed by the significant community and support on BoardGameGeek.
Game Store:
Website:
Email: support@rog